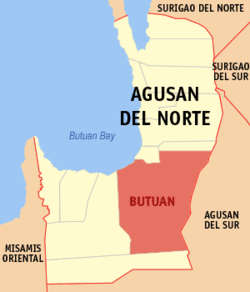 MANILA – Two pregnant New People’s Army fighters were allegedly abducted in a village in Butuan City by state forces, a group of Filipino women’s group said in a statement.

Both were supposedly on medical leave.

This, women’s group Gabriela said, is in violation of the international humanitarian law. “We are appalled that the New Year began with grave cases of violations of women’s human rights.”

In an earlier statement, the Communist Party of the Philippines (CPP) said this is not the first time that pregnant women fighters of the NPA were abducted and kept as hostages.

The CPP, in a statement posted on Dec. 29, said that seven months pregnant NPA fighter Cherilyn Rebita and another pregnant civilian Roselle Polinar were abducted in August 2022 in a rented house in Surigao del Norte. Along with them was injured NPA fighter Jackilyn Egtob.

The group said they were never declared prisoners of war. “At no point they were allowed to get in touch with their families to inform them of their status. In violation of the laws of the GRP, neither were charged before Philippine courts or allowed legal representation. Their detention was never made public,” the CPP said.

After giving birth, Rebita and Egtob were reportedly sent on a purported mission to arrange meet-ups with fellow fighters, the CPP said. Polinar, on the other hand, was kept as a hostage. The said meet-up led to the arrest of Havana and Binungkasan, who remain missing as of this writing.

Meanwhile, the CPP said Rebita’s newborn daughter was kept by the military for “monitoring” during the supposed mission of Rebita and Egtob.

Gabriela said that holding hostage pregnant red fighters is a violation of international humanitarian law. Because of this, they called on the Commission of Human Rights to investigate the case.

“This is obligatory for the state in accordance with provisions of international humanitarian law that protects the rights of wounded, pregnant and immobilized combatants against harm from their opponents,” Gabriela said.

After uploading videos of Rebita’s parents calling for her resurfacing, her daughter, now three months old, was reportedly released to the care of her grandmother on December 29, 2022.

Gabriela also condemned the use of children as hostages in order to coerce parents to surrender and to blackmail them.

“This act is plainly a war crime and can never be justified under any circumstance,” Gabriela said.

For the women’s rights group, the Marcos administration needs to uphold international humanitarian laws and recognize the importance of peace negotiations.

Gabriela said that they are open to assisting family and friends of the two pregnant red fighters and other victims of state-sponsored human rights attacks who may need resources and assistance. (RTS, JJE, RVO)