QUESTION EVERYTHING
By Mong Palatino

Like the sun that sustains life on this planet, it is Maoism that inspired the rise and spread of the National Democratic movement in the Philippines.

That political slogans such as ‘Serve the People’ and ‘Learn from the Masses’ are still openly advocated by Filipino progressives today reflect the enduring legacy of Maoist teachings in the country.

When anti-Left groups disparage the Natdem for being pro-China, they are perhaps alluding to the continuing fidelity of activists to Maoist doctrines.

But China’s ruling party is no longer Maoist in essence. Indeed, it embraces the name of Mao yet it is unabashedly anti-worker and anti-poor.

Filipino Leftists are among the most consistent in denouncing China’s remorseless revisionism.

Does this make the Filipino Maoists more Maoist than the Chinese? No. Filipino Maoists are simply pointing out that China’s politburo is dominated by corrupt capitalists. The most rabid anti-Mao ideologues are working in the central committee of the Chinese bureaucracy.

When Filipino Leftists defend Mao, they are referring to his basic teachings and not what the Chinese state is doing today.

Why Maoism? Because it applied Marxist-Leninist analysis in understanding the conditions of semi-feudal and semi-colonial societies like the Philippines. Because it provided a systematic program on how to mobilize the oppressed masses in the countryside.

Maoism produced a new generation of activists and intellectuals committed to battling modern revisionism on one hand, and launching the proletarian cultural revolution on the other.

But textbook Maoism can only work in China and China alone. It cannot be exported to other countries without modifying its basic tenets. It is unMarxist to copy Maoism and turn it into a terrifying dogma for a revolutionary program.

Curiously, the anti-Left in the Philippines is accusing the Natdem movement of being blind believers of Maoism. What they refuse to recognize is that activists have adopted the Maoist ideology as a guide to study the specific conditions of the Philippines.

The result is the Philippine National Democratic Revolution as we know it: Maoism with Philippine characteristics.

The Philippine revolution would not have endured for more than five decades already if its basic theoretical foundations are incompatible with the country’s concrete conditions.

In 2001, the Natdem movement decided to pursue electoral politics. It has consistently won partylist seats and some local positions which indicate that its electoral base is expanding. This year, some Natdem personalities were appointed in the Cabinet of the new government.

Some are asking, is the Natdem movement already abandoning the Maoist revolution? 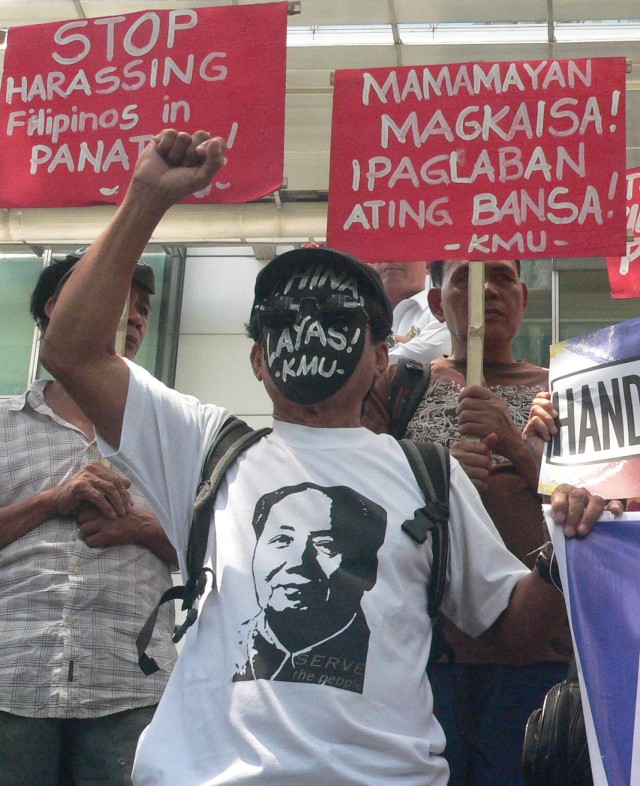 Perhaps the source of their long-term confusion and frustration is their unwillingness to accept the dynamics of the revolutionary movement. They have their own concept of an ideal Marxist party and they naively expect Filipino Leftists to subscribe to this paradigm. If they think a Maoist should remain in the guerrilla zone, then the Leftist who conducts political work in the bureaucracy is suspected of being part of the traitor class.

Not all pitiful laptop revolutionaries are as clueless as they are. Maybe their anti-communist bias is to blame for their political arrogance. Perhaps they believe in the insidious propaganda about the notorious inflexibility of Leftist activists.

Because any Marxist would easily understand the standpoint of a revolutionary movement borrowing from the rich theoretical tradition of the Left while integrating it with local praxis.

Because any Marxist would comprehend the political importance of pursuing an alliance with a faction of the bourgeois class if it is done to advance the aims of the revolution.

Because any Marxist would quickly denounce the unprincipled, collaborationist reformism of the Yellow Left. This is not the same kind of alliance we seek to establish in dealing with conservative institutions.

Natdem activists are aware that Chinese Maoists also joined forces with the reactionary ruling party to defeat a common enemy during World War II. Natdem activists are studying the Chinese experience. But they can only benefit from some general principles because China’s political situation is different.

That we have a president of the Republic advocating unity with the Left is unprecedented in our history. What should be the response of the Left? How can this alliance promote the welfare of Filipinos and the working poor?

Carrying the torch of Maoism will lead the movement to the revolutionary road. But it cannot dictate and predict every action that a revolutionary party has to make.

As Maoists, we stand firm in defending the goals of the revolution. As Maoists, too, we are constantly reviewing our tactics and strategies to win the people’s struggle. The ‘long march’ is far from over but we are determined to be victorious in the end.

Mong Palatino is a Filipino activist and former legislator. He is the chairman of Bagong Alyansang Makabayan Metro Manila. Email: mongpalatino@gmail.com