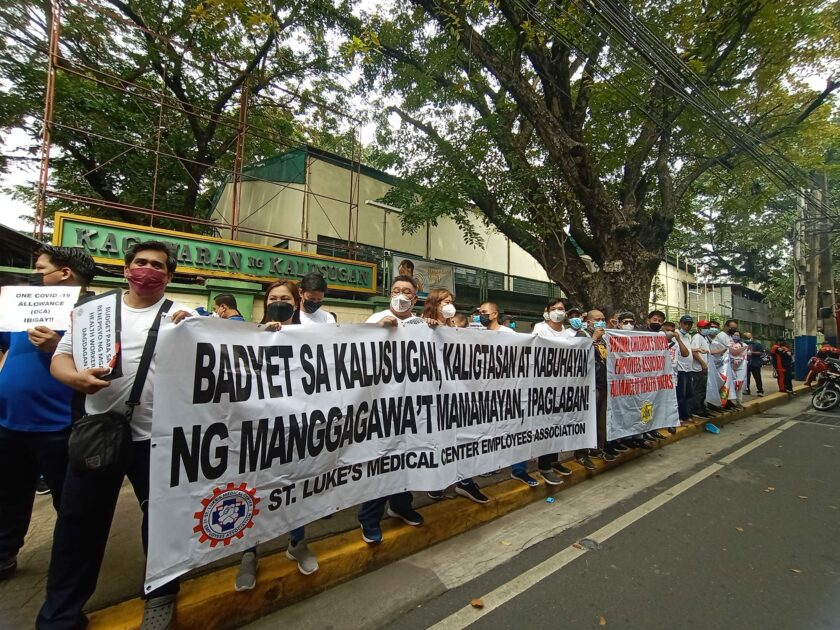 MANILA – Health workers have assailed the recent decision of Ferdinand Marcos Jr. to appoint former police chief Camilo Pancratius Pascua Cascolan as Undersecretary of the Department of Health (DOH), saying that it is an insult to their ranks who deserve the most qualified to administer and run the affairs of the department.

In a statement, the Alliance of Health Workers said it was a “clear manifestation of the President’s extreme lack of concern for the lives, health, safety and welfare of the health workers and the entire Filipino nation. Cascolan’s appointment is a huge insult to our health experts who are most qualified to administer and run the affairs of the DOH.”

The health department confirmed the news days ago, saying that they have received Cascolan’s appointment papers, along with several others. He has since issued a statement, thanking Marcos Jr. for the trust. The former police chief said that while he is not a doctor, he will bring in “administration and management” to the department.

However, health workers said they are deeply concerned as Cascolan is among the brains of the bloody “Oplan Tokhang,” the drug war that former President Rodrigo Duterte waged during his administration that led to the killing of over 30,000 people.

The AHW said he was also among those who drafted the “Oplan Double Barrel,” which they attempted to paint as the “lighter” version of the Duterte drug war after it was scrutinized by local and international human rights groups.

“Health workers prefer an Undersecretary who has a clean track record and not a red-tagger, one whose hands are not tainted with the bloody drug war, and one who truly upholds the rule of justice. They want to work with a health Undersecretary who is an expert in eradicating deadly and infectious diseases, not an expert in violating human rights and extrajudicial killings,” the AHW said.

Offensive to the medical community

With Cascolan’s hands in the illegal drug war, the Philippine Medical Students’ Association said that the people cannot be represented “by someone who did not address drug addiction as a health concern but instead treated it as a crime instead of a systemic health problem.”

“To appoint Cascolan would be handing the responsibility of healthcare to the same hands that killed thousands of innocent Filipino people in Duterte’s drug war,” the group said, adding that the former police chief is unfit to run the administrative affairs without the expertise in the field of medicine and public health.

The PMSA said Cascolan’s appointment as health undersecretary is an “overt affront to the numerous competent and qualified professionals in the country.”

“Every day, the field loses HCWs not only to the pandemic but also to dissatisfaction. Clamors for a better and more just system continue to be unaddressed, which only exacerbates the crises predominating in the Philippines. The people deserve an Undersecretary who is cognizant of the preponderating issues and opportunities in the field—one who can not only sympathize but also work efficiently and promptly for the workers’ best interests,” the group added.

Meanwhile, there remains no health chief under Marcos Jr., who claimed that he will appoint one when the situation returns to normal in the wake of the COVID-19 pandemic.

The AHW urged Marcos Jr. to appoint a health secretary now, saying it must be “one who values the justness of the health workers’ call for salary increase, better benefits and humane working conditions. A DOH Chief that will prioritize the people’s health more than anything.” (RTS)