You Are Here: Home → 2022 → May → 5 → A doctor and environmentalist rises to fight for equitable health system

A doctor and environmentalist rises to fight for equitable health system 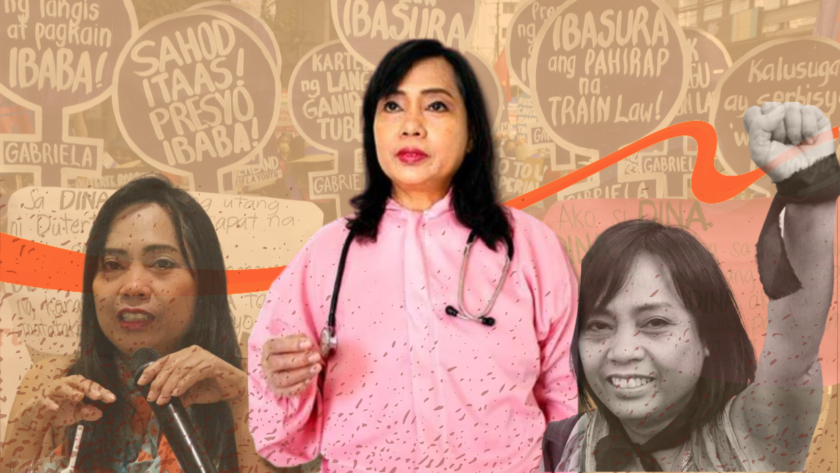 “Women are part of societal transformation, their presence are felt everywhere.”

MANILA – Jean Lindo, a community doctor based in Davao City, has begged off twice from being nominated for Gabriela Women’s Party, a partylist pushing for women’s rights and welfare in the House of Representative. This time around, however, she is joining this political fray to fight for the people’s right to health.

“Equipped with the knowledge of grassroots women’s movement, we can translate the information to policy change. This guidance is enough to confidently forward the grassroot women’s rights and all issues surrounding it,” Lindo, 60, told Bulatlat in an online interview.

Lindo, a doctor specializing in anesthesiology and community medicine, has dedicated the past four decades of her life to advocacies, including participating in fact-finding missions. It was in 2004 when she first became part of the women’s movement and, a decade later, chairperson of Gabriela Mindanao.

Her advocacy led her to be targeted by red-tagging. She was included in a poster in Santa Ana Church in Davao City back in 2020, labeling her as “berdugo” (executioner).

“It did not stop me and my advocacies. Instead of flight, I chose to fight,” Lindo said.

Lindo was born on June 19, 1961 and grew up in the countryside of Gov. Generoso, Davao Oriental.

Lindo was not an activist during her college years. But she had endless questions on the role of women in society and their oppression, as well. As such, she volunteered in community-based health programs as a member of Alagad sa Maayong Panglawas in 1982.

“I would ask myself, why do we want to be better in our expertise? I craved for equal representation not just in my field but everywhere,” Lindo shared.

An advocate for health, the environment

In her volunteer work, Lindo began attending discussions on human rights and environmental work. She became the founding board chairperson of Kalusugan Alang sa Bayan Inc., a non-government institution that implemented health programs among the Moro and Lumad communities in Mindanao.

“We worked with health workers and trained hilots (traditional physical therapist) to engage in municipal health programs. I found out that they were very trainable and with proper education they can develop more skills. We gathered them to engage with health officials, as well,” she said.

She continued to persevere in organizing communities and in lobbying. In 2012, a city ordinance on responsible parenthood and reproductive health was passed.

“We were the generation of activists during my time who ditch classes to get educated directly from the masses until we became teachers, we replicated this practice,” Lindo said.

They practiced participatory health program management and technology in order for the students to understand the meaning of health as a basic human right and that health problems are reflective of the social, political, economic, and cultural factors and structures of the society.

“This is to expose that there are communities deprived of liberty and have a conflict with the law, it always starts in women communities. We also included teaching them how to develop policy to make a change,” Lindo explained.

She was the convener of No to Coal–Davao, which campaigned against the use of coal plants to supposedly avert the power crisis during the Benigno S. Aquino presidency.

Calls for health experts and environmentalists

Lindo said health is a basic human right that should be acknowledged, especially with the elections at hand.

“We need to ensure our electoral participation because we must exhaust all the means for genuine change and to ensure that Filipinos will have access to social services,” she said.

Despite the difficulties, Lindo said she is determined to fight for a safe space where there is inclusivity and equality.