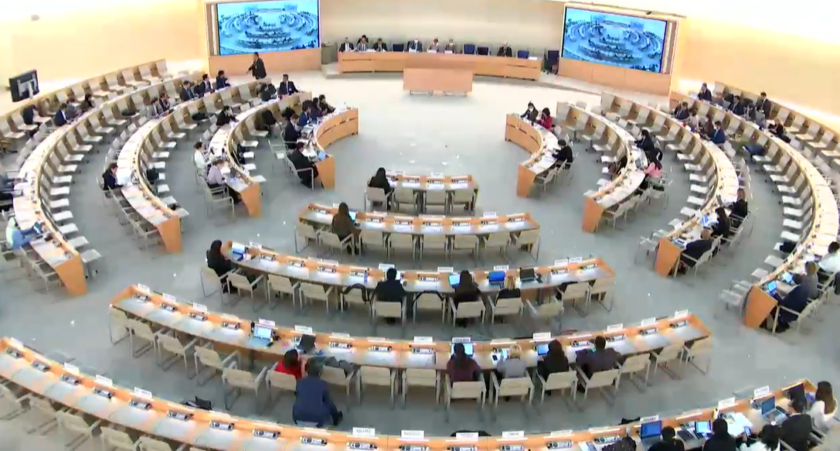 In the Philippine government’s response to the recommendations of the UN member states, Remulla said that “the democratic tradition of the Philippines is an enabling environment for human rights defenders to promote their advocacies through participative governance.”

Among other things, Remulla cited that the Philippines has recently “conducted a free and genuine elections.” He also cited the thousands of non-government organizations engaged in socio-political advocacy work. He said these are evidence that the Philippines having a “thriving, vibrant and highly participative democratic space.”

“My family knows how utterly untrue the Philippine government’s assertions are,” said Bisenio in a Facebook post.

It would be remembered that Casambre and his wife Patricia were arrested on Dec. 6, 2018 while on their way home to Cavite. The police claimed they found firearms and explosives in the dashboard of their vehicle. Patricia was eventually released but Casambre remained in jail due to trumped up charges of murder filed in Lupon, Davao Oriental.

Bisenio lamented that her father, now 71 years old, along with other political prisoners are incarcerated “in overpopulated jails nationwide based on false fabricated charges.”

“Disappointing to hear member states talk about prison conditions instead of not having political prisoners,” said De Vera in an interactive forum in Geneva, Switzerland on Nov. 15 where the delegates of the Philippine UPR Watch expressed their insights on the UPR.

De Vera said that seeing member states who are aware of the true human rights condition in the Philippines gave him hope.

“I know there will not be any concrete action immediately after the UPR. But we must not lose hope,” he said.

Llore Pasco of Rise Up for Rights and for Life, said the Philippine government’s report to the UNHRC are lies.

“What he said is not what’s happening in our country. Killings and human rights violations continue. There is still no justice for our loved ones.” said Pasco in the forum.

Her two sons were killed during President Rodrigo Duterte’s campaign against illegal drugs.

The Philippine UPR Watch meanwhile said that the delegation of the Philippine government to the UPR “brought nothing but empty words and vague promises to the review.”

“Its presentation did not reflect realities on the ground,” they said.

At least 35 countries called on the Philippines to put a stop on extrajudicial killings and exact accountability on the perpetrators, particularly state security forces.

At least 38 countries called on the Philippines to protect human rights and indigenous defenders, lawyers and judges, environmentalists, and journalists.

The UPR said this “clearly indicates that the world knows the real situation despite lies, empty rhetoric and distortion of facts by the Philippine government delegation.”