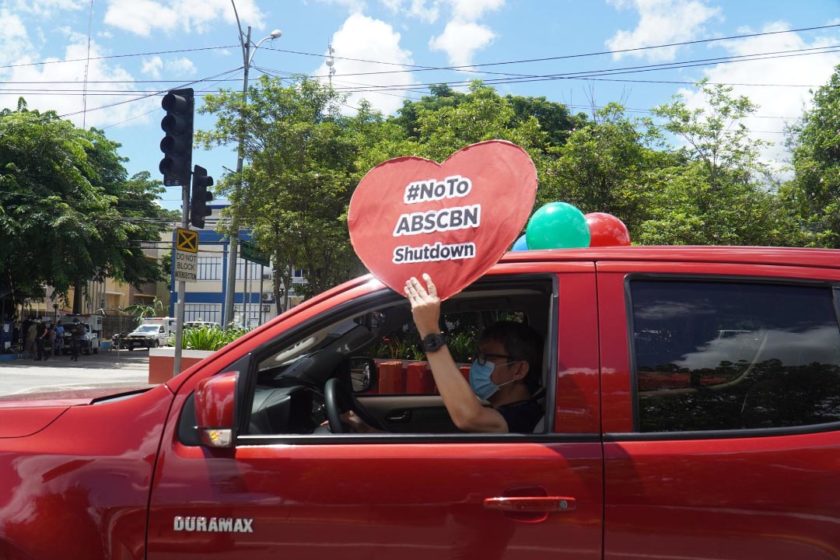 “It is clear as day that ABS-CBN is being punished for reporting and commenting on issues in a manner unacceptable to the Duterte administration.”

MANILA– Media organizations and press freedom advocates are enraged at the denial of ABS-CBN franchise.

In a statement, the National Union of Journalists of the Philippines (NUJP) branded Congress as “an enemy of democracy.”

“Today, this chamber has lost all claim to represent the people and our interests,” the NUJP said.

The largest organization of journalists in the country said Congress did not only strip more than 11,000 workers of their jobs but also deprived millions of Filipinos of their right to know and their right to choose how they access the information they need.

In a separate statement, Altermidya, the national network of alternative media groups in the Philippines, said the Congress’ denial to grant ABS-CBN franchise, together with closure orders, “are a government-orchestrated plot and nothing less than censorship.”

In December 2019, President Rodrigo Duterte himself publicly threatened to shut down ABS-CBN. He repeatedly accused the network of “biased reporting.”

“It is clear as day that ABS-CBN is being punished for reporting and commenting on issues in a manner unacceptable to the Duterte administration,” Altermidya said.

“It is also a warning to other media outfits that if the Duterte regime can shut down the largest broadcasting network in the country with impunity, every journalist should think twice before it reports truthfully, or criticizes and dares hold government to account,” the group added.

During the 12 marathon hearings conducted by the House committee, Duterte’s allies took their cue from the President and berated ABS-CBN representatives for the network’s election coverage.

In a statement, Concerned Artists of the Philippines (CAP), expressed solidarity with journalists, artists and media workers. “We condemn how the country’s largest broadcast network was killed by those in government, starting with President Duterte himself whose threats triggered the turn of events leading to today,” it said.

CAP vowed to remember the 70 members of the committee who “acted against the interests of the Filipino people, unheeding of all the appeals, protests, and facts that support the renewal of the network’s franchise.”

Both the NUJP and Altermidya called on the public to continue asserting press freedom and the people’s right to know.

The National Telecommunications Commission issued a ceast and desist order against ABS-CBN on May 5 pending the decision of Congress on the network’s franchise bid.